FREE SHIPPING WITH 3 OR MORE BOTTLES.

HUNTSVILLE, Alabama – Just last week, Mike Walters received a phone call from a frustrated mother of a 14-year-old boy with cystic fibrosis who wouldn’t take his vitamin because the manufacturer who makes the supplement had changed the flavor.

The ongoing struggle to get her son to take his vitamin prompted the woman to contact a cystic fibrosis care center for answers. She was eventually referred toMVW Nutritionals, the latest addition to the roster of biotechnology and health-related companies at the HudsonAlpha Institute for Biotechnology in Huntsville. 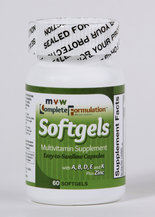 Walters, a principal of the startup company MVW Nutritionals, sent the woman a free, one-month of supply of vitamins with hopes her son would prefer the taste and get back on track with his supplement intake.

“When I heard those words, I thought we need to at least eliminate one battle this mom has to fight,” he said.

Important to the health and wellbeing of the cystic fibrosis community, vitamins and supplements help patients who cannot adequately absorb vitamins from the foods they eat as a result of their illness or other gastrointestinal disorder. Walters said cystic fibrosis, which impacts approximately 30,000 children and adults in the U.S. and 70,000 globally, affects a person’s ability to absorb protein, fat and calories.

“Consequently, these individuals benefit from specially-formulated supplements,” he said. 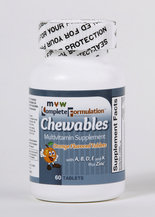 Cystic fibrosis is a market Walters, who began his career with the Johnson & Johnson Family of Companies, knows well.

Twelve years ago, Walters founded Source CF, the first commercial company to ever move into HudsonAlpha. Source CF addressed the broad needs of patients with cystic fibrosis – from nebulizers and vitamins to over-the-counter and prescription products. Walters operated the business until 2007 when it was acquired by a global pharmaceuticals firm.

Among Walters’ other HudsonAlpha projects include Kailos Genetics, a biotechnology company that was recently certified to begin testing human DNA samples. Walters, chief strategy officer for Kailos Genetics, told AL.com in August that “all of the underpinnings are there” for biotech to join space and defense as part of Huntsville’s economy.

Last year, Walters was approached by a leading cystic fibrosis dietician, who shared the struggles patients and their families face trying to acquire vitamins formulated for individuals with cystic fibrosis.

Walters, who began working with the Food and Drug Administration and manufacturers to ensure products would meet standards for safety and efficacy early this year, secured space at HudsonAlpha and formed MVW Nutritionals with Melanie Vandiver, who handles operations, and Suzanne Michel, a registered dietician with almost 40 years of experience who provides input on what products should contain and issues her medical peers are facing.

In July, MVW Nutritionals released softgels, which are easy-to-swallow multivitamin capsules formed primarily for adults. This month, the company introduced a children’s chewable that contains vitamins A, B, D, E and K, plus Zinc. While MVW Nutritionals looks into additional supplements, it plans to make pediatric drops available in early 2014.

Walters said demand for the products has exceeded expectations and supplements for two other market segments are currently under development.

“Both segments are small, and both have a need,” he said.